Vienna to Prague (A diary entry)

I have come to Prague for the weekend to get away from Vienna, my usual places, usual food, and the same routines I’ve been finding myself in. A 15 euro Flixbus or train will take you from Vienna to Prague in around 4-6 hours depending on the route - I have opted for the train. Both cities are like one another in many ways, so the local of one can easily slip into the other without much surprise or shock, and yet something about Prague is very different.

The confines of the train are small but very comfortable. Wide pink cushioned chairs with plenty of legroom give this ‘low cost’ wagon a small little space for the length of the journey. Being in such close quarters with the surroundings of the train allows you to notice every little detail, such as the worn leather boots of the woman sitting next to you or the pink and yellow armband of the train staff as they pass you. Alternatively, the views from the window pass from flat grassland to industrial logging to small Czech towns in-between Brno and Prague, a perfect backdrop to sit and zone out. 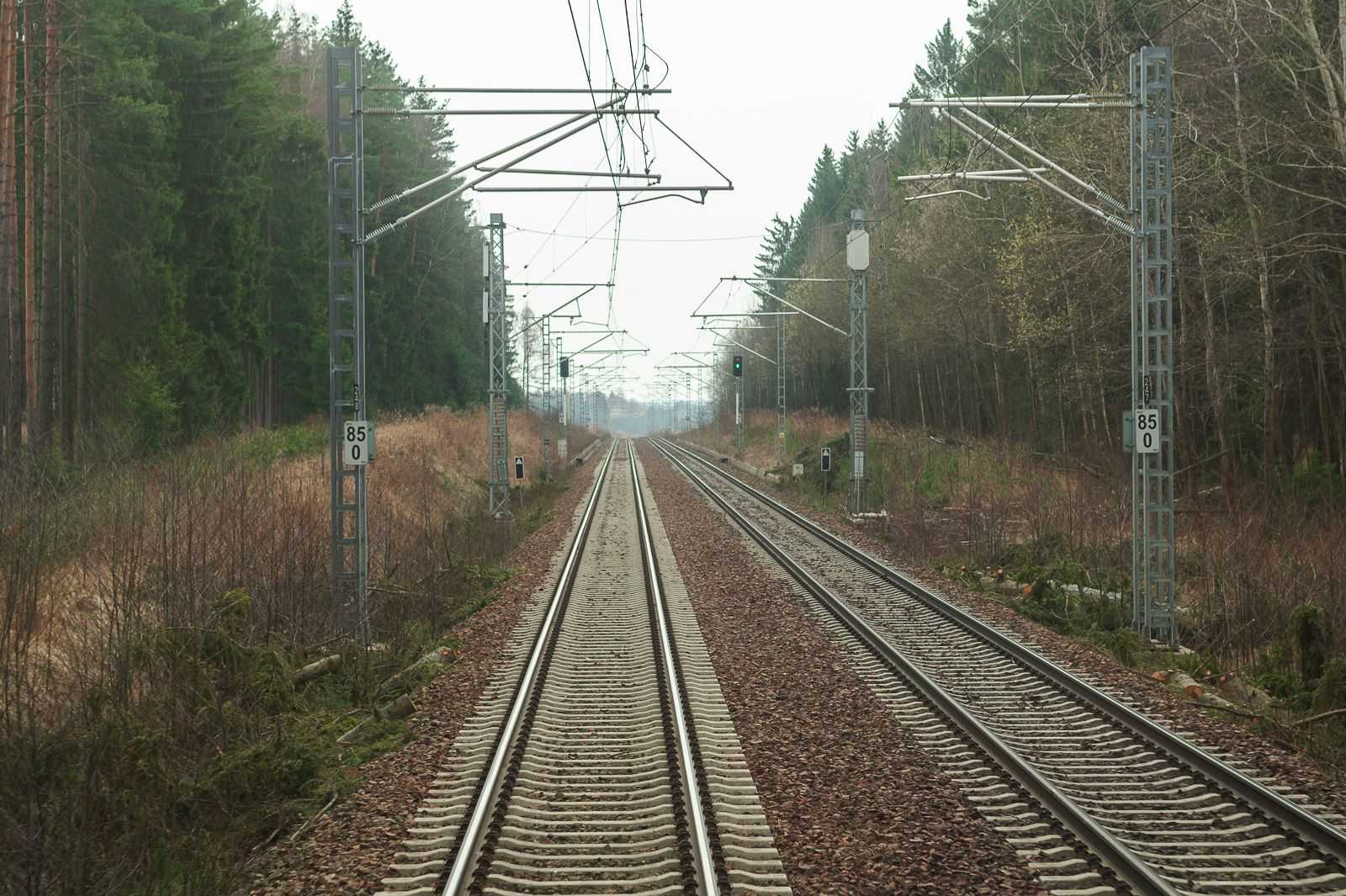 Prague has a reputation, especially from my own native country of the UK, for being a place only good for cheap beer, long nights out and other characteristics of a successful bachelor(ette) party. Little do the foreign drinkers know, or perhaps they do, that Prague operates within its own little world, a semi-state with its unique culture and a dark past it won’t easily forget.

By the time I left the train station and checked into my hostel located opposite the old town across the Charles Bridge it was already getting dark, and I was getting hungry. After texting with a Czech friend about where to eat I chose from the list of suggestions a beerhall not too far from the famed Astronomical Clock in the city centre called Lokál.

There’s little to say that hasn’t been said about Czech food and beer, all I can add to the uncountable reviews is that the beer is not surpassed this side of the Vltava by any other nations breweries and the food, much like the beer, is heavy but delicious. I ordered a pork streak with peppercorn sauce and roast potatoes accompanied with three beers, with no foam. The waiters didn’t speak much English and there wasn’t an American or English voice in earshot, so I was very pleased to find somewhere not crowded with tourists like myself.

Prague’s architecture is unique with its lavish ornamentation and liberal use of colour, a complete contrast to Vienna’s monochrome of white, beige, and grey, because of this I describe Prague’s style as a ‘funky’ Vienna. Considering the weather was wet and cold I decided to take a free walking tour with Prime Tours and met the group at the Powder Tower, a 15th century gate in the inner city. I had known a little of Prague’s history from walking around and the odd story I’d heard from friends, but the tour clued me into the intricate workings of the Astronomical Clock, the beautiful and ultimately tragic history of the Jewish Quarter and the comings and goings of the Town Square.

After walking around with the tour group and giving a tip to the guide I set about looking for somewhere cheap for lunch and took a tram across the river over Střelecký Island to the Malá Strana neighbourhood. Here there are few attractions and little for tourists to come and see so there is little chance of meeting any. For a cheap and filling lunch I went to a small cantina, Korunka. My Czech is not very extensive, so I just pointed at the tray of the man in front of me when questioned what I wanted, fortunately it was a big bowl of Goulash. There are no chairs, only table tops you can stand at, which is fine for me and anyone not looking to hang around. 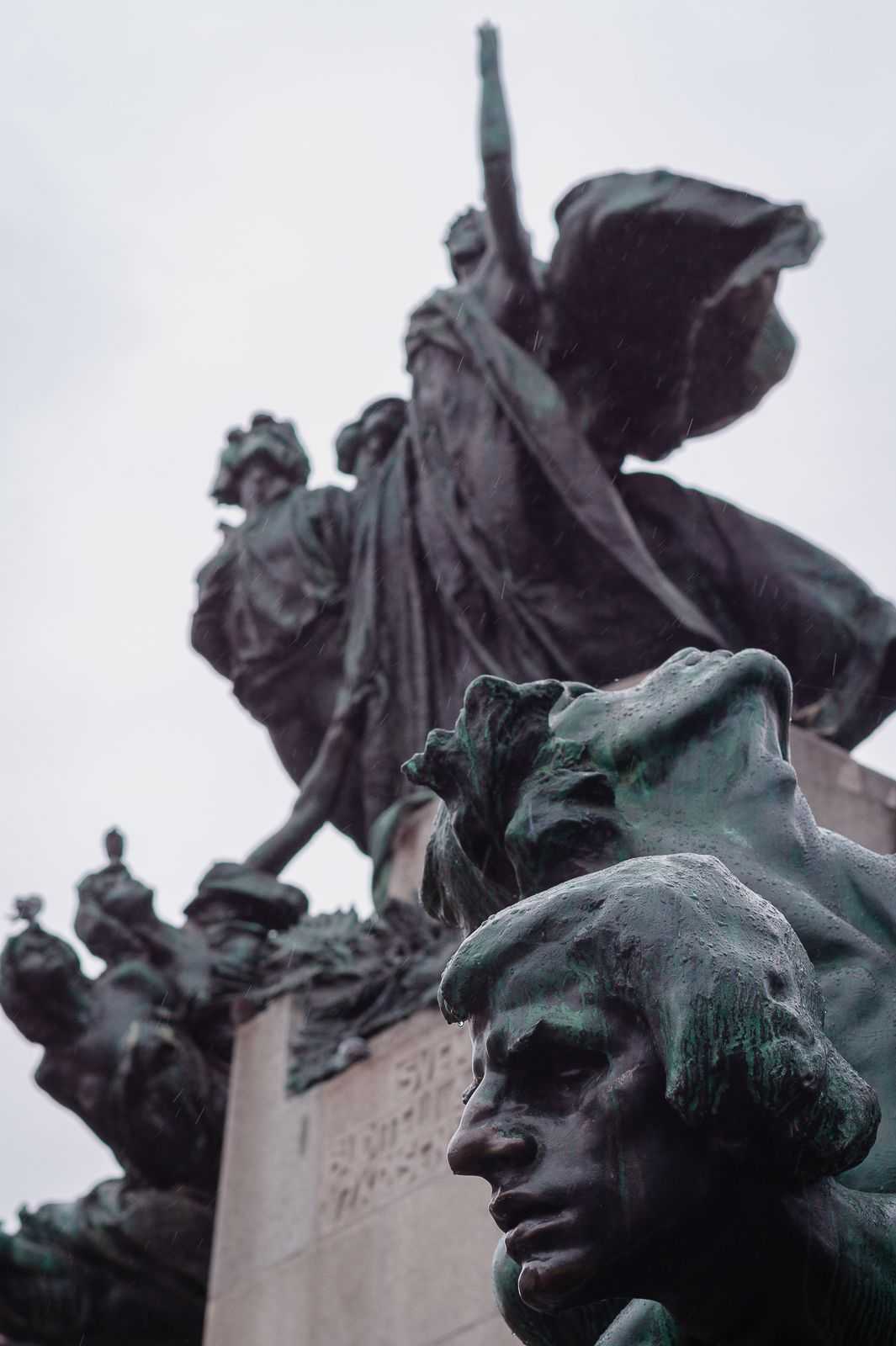 My only question is: When can I come back?

There wasn’t much time until my train back to Vienna, my 24 hours was nearly up, but I had one more stop before I headed back to the station, Olšany Cemetery. I don’t have a morbid mind but there is something beautiful about a cemetery. There upkeep means they are kept in pristine condition and the gravestones make for interesting masonry work. Besides the constant reminder of our mortality there’s little difference between a cemetery and any other park. The white and pink petals of the magnolias that bloom this time of year almost made me forget the rain and help me to enjoy the stroll through the cemetery.

Leaving Prague so soon made me want to come back before I had really left, much like a short catchy song that you must keep coming back to. It’s food and drink are affordable for anyone, and its walkability is made easier by its ease of public transport.

My only question is: When can I come back? 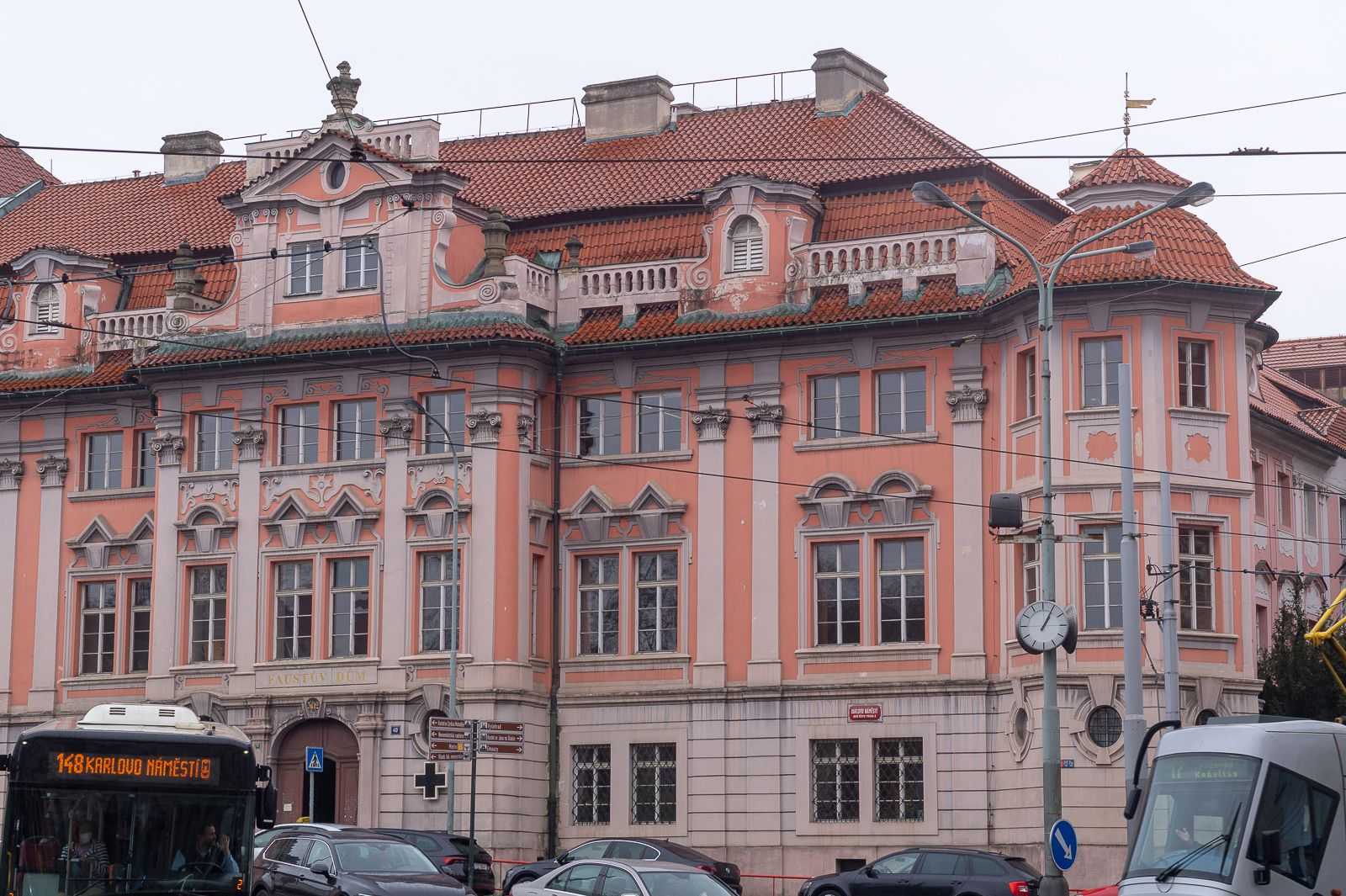